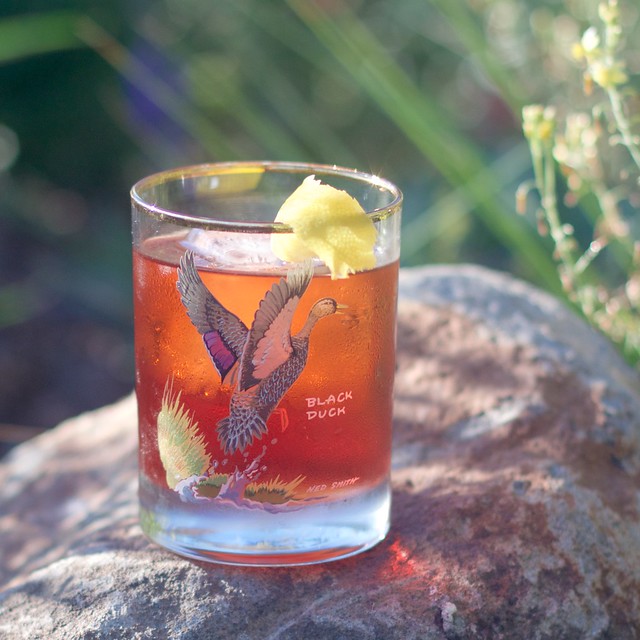 There are few things that say summer more to me than tequila. And good tequila (not the bottle of liquid stupid that we all drank way too much of in college) needs no help. Just a warm summer evening and a glass.  It doesn’t need salt or a lime or the scantily clad body of a coed, though a lime isn’t an all together unpleasant accessory.  So, with that in mind, if I am going to make a cocktail with tequila, it has to be a good one. Something that comes together into that gestalt to magically show off the tequila and become something uniquely great at the same time.  Since the Negroni and its many variations are also among my favorites, I was pretty intrigued when I ran across the Rosita on Robert Hess’s video series, the Cocktail Spirit.

The provenance of this cocktail is a mystery, but the middle story is actually kind of funny.  Hess mentions that he ran across it in an article by Terry Sullivan in the December, 1998 edition of GQ Magazine, who in turn found it in Gary Regan’s The Bartender’s Bible.  A little further digging turned up an article about the Rosita by Regan in the San Francisco Chronicle, where he also mentions seeing Sullivan’s article and asking him where he found it, only to be told in his (Regan’s) book, causing him (Regan, again) to go back and look into his memorabilia form when he wrote the book.  He found it in the 1988 edition of Mr. Boston, sans the bitters.  I asked my father-in-law to check his copy of Mr. Boston to see if it was in there.  It’s not included in the 1969 edition, so somewhere between 1969 and 1988 it appeared on the radar of the editors of Mr. Boston.  As to who created the original and when,  that remains a mystery.  The version here is the one from The Bartender’s Bible…

Stir with ice. Strain into an ice filled rocks glass. Garnish with a lemon twist.

This drink nicely showcases the tequila and has that magical cocktail alchemy that makes it something more.