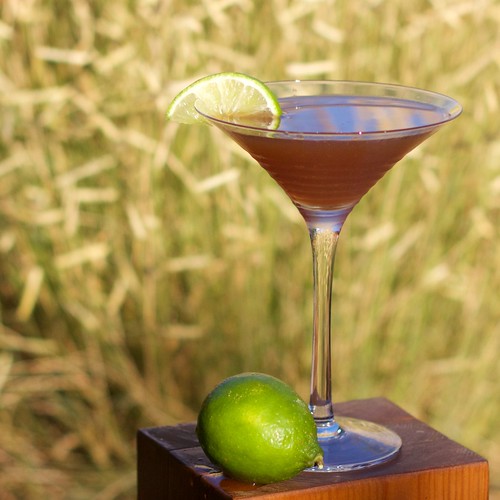 As the title intimates, this isn’t a simple story.  B found the version of which we partook tonight in Ted Haigh‘s Vintage Spirits and Forgotten Cocktails. He reprises his from a 1937 version.  This, of course, sent me down the rabbit hole of unanswerable questions (25 years in science.  That rabbit is like, when is this guy going to leave?).  So, how many are there?  No idea.  Where did the number come from?  My best guess, being to lazy to actually Tweet the author, is that there were 3 predecessors.   The Savoy Cocktail Book has two.  The Millionaire No. 1 is lime juice, equal parts Jamica rum, apricot brandy and sloe gin with a dash of grenadine, which is the version mercifully reprises.  The Millionaire No. 2 is an even more virulent concoction of sweet vermouth and sloe gin (1:2) with an egg white, grenadine and pineapple juice.     David Embury’s Fine Art of Mixing Drinks also list one that is whiskey and curaçao with a little grenadine and an egg white.   This is the version David Wondrich of Esquire describes.  So there’s a plausible Millionaire #3.  The Waldorf-Astoria Bar Book also makes mention of a version that is a “Dry Martini, with Grenadine on top”, which is merely the depths to which humans can descend in bathtub gin-induced prohibition era depravity.

Shake with ice and strain into a cocktail glass. Garnish with a lime wedge.

Other than wondering if calling this cocktail the The Millionaire #1, Reprised might not be more appropriate (hey, Dr. Cocktail has published a book on the subject while I write blog even my Mom probably doesn’t read), it is a pretty nice tipple. You definitely want the Marie Brizard Apry and good sloe gin.

4 thoughts on “The Millionaire #4”