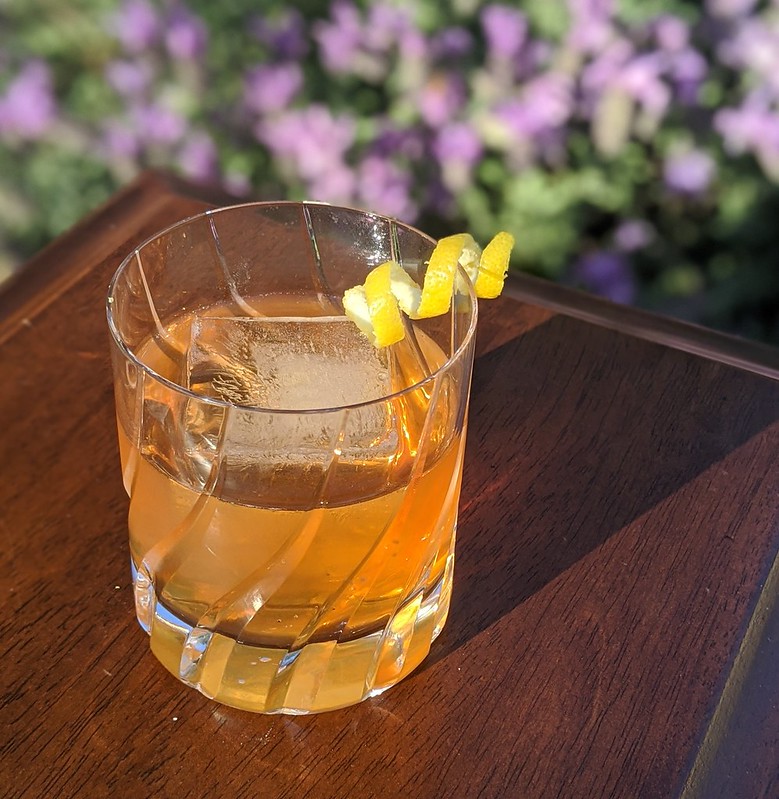 This is another in our new series of cocktails from David Lebovitz‘s Drinking French…. This one is actually David’s riff on a classic cocktail invented by famed Parisian bartender Harry MacElhone of Harry’s New York Bar, appearing in his 1922 edition of Harry’s ABC of Mixing Cocktails. MacElhone’s orignal Old Pal called for equal parts rye whiskey, dry (French) vermouth and Campari. In this version Lebovitz replaces the Campari with a Dolin product he really likes called Dolin red bitter apéritif in order to avoid the Campari overwhelming the other ingredients. Observant readers will notice that the original Old Pal is basically itself a riff on the Boulevardier, but with dry rather than sweet vermouth.

Stir the ingredients with ice and strain into a rocks glass with a large ice cube. Garnish with a twist of lemon.

Lebovitz suggests that if you don’t have Dolin red bitter apéritif, you can use Cappelletti, which we did, but I am now really interested in I can definitely see how using Campari in equal parts would blow the dry vermouth out. By scaling the amount back and going to a milder amaro, this really is a very enjoyable tipple.