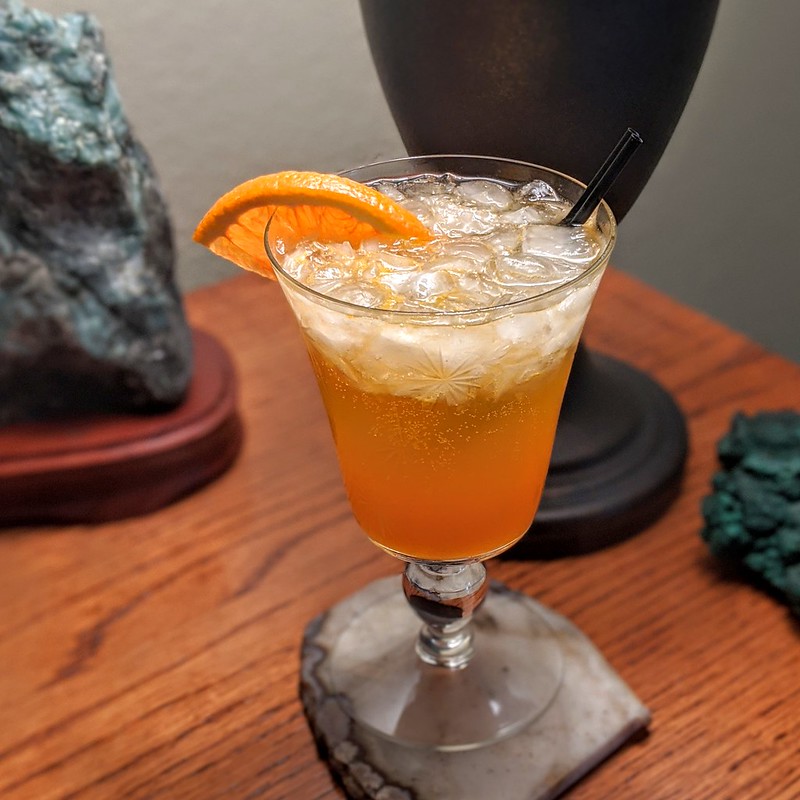 This is the first in series of cocktails from David Lebovitz‘s Drinking French… B got this book when it came out last week. We (and B, especially) have been long time fans of David Lebovitz;s cookbooks and blog. I think the first one we ever go was his ice cream book, The Perferct Scoop, When he came out with a book with the full title of “Drinking French: The Iconic Cocktails, Apéritifs, and Café Traditions of France, with 160 Recipes“, we thought we would be remiss in not getting and perusing this volume. It became immediately clear that there was some great stuff that was right in our wheelhouse.

So with that, we will kick off what will likely be a series of cocktails from his book with one he actually discovered in Trieste, Italy while learning to make espresso.

Mix the juice and apéritif and pour into a stemmed goblet filled 3/4 full of crushed ice. Top off with the prosecco and garnish with half a slice of orange or tangerine.

He suggests using a product called Dolin Bitter, which is a slightly milder bitter red apéritif. I am genuinely intrigued by this product, which is different that Dolin Rouge vermouth. I am going to have to find a bottle of this, which may prove challenging since the major liquor stores around here don’t seem to carry it. This may require a trip into San Franciso, but that will probably have to wait for the global pandemic to subside. He also recommends a product called Bruto Americano by St. George Spirits, which is about an hour away in Alameda. There is also mention of Campari. We tried that and agree it’s a bit too bitter for the other flavors. We actually tried Aperol (too mild) and Cappelletti. The Cappelletti was definitely the best choice of the apéritifs we had on had.

The tangerine spritz is a fantastic addition to our spritz repertoire, and Drinking French… has earned a prominent place on our rather crowded cocktail bookcase.