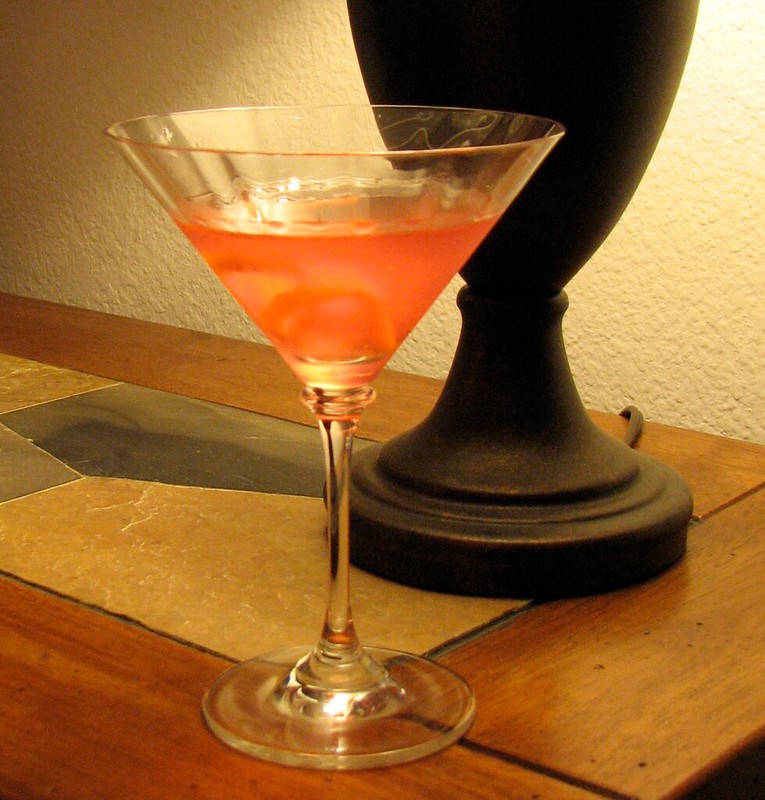 B & I decided to give this cocktail a second look.  We had originally tried the El Presidente a number of years ago based on David Wondrich’s recipe in his book Esquire Drinks.  It was decidedly awful–seriously discordant flavors.   We were set to shrug and move on when Wondrich revisited the cock for Imbibe Magazine.  He starts off by concluding that the original recipes that call for dry vermouth aren’t very good, a fact he found rather curious for a popular cocktail.  This set him to digging and he found that originally Cuban bartenders used Vermouth de Chambery.  He also found an entirely new history for the cocktail.  He originally attributed the cocktail to a Bartender named Woelke at the Jockey Club in Havana in honor of the president, Gerardo Machado.  His new research actually places the honoree of the drink two presidents earlier with Mario García Menocal (no location or bartender in this version of the story).

Having Dolin Vermouth de Chambery (the only producer of this style of vermouth remaining at the time) on hand, we decided to give the new version a go.

Stir all of the ingredients together and strain into a chilled cocktail glass. Twist a thin slice of orange peel over the glass and add as a garnish.

TL;DR They all can’t be winners.

The Dolin Vermouth de Chambery does substantially improve this drink.   The French/dry vermouth leaves the drink with almost a medicinal taste.  Unfortunately, the El Presidente still lacks that magic chemistry that makes for a truly great cocktail.  It’s somehow a little very thin.   The cocktail starts off well enough with rum and the citrus of the Curacao and then something to add a spark of complexity.  I think the citrus flavors of the Vermouth de Chambery just don’t have enough on their own.  I wonder if we were to up the Curacao just a a bit, still use the Vermouth de Chambery but replace the grenadine with Peychaud’s Bitters (also red), whether you would have something that might work a bit better.  Alas, even if it did, what would you call it?

*A barspoon is equal to a teaspoon.